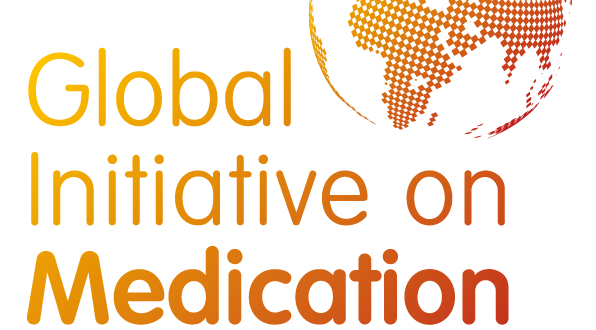 Allthough not an official project by FM it has it’s roots in a FM project in Rwanda.

What was the way which led to the GIMS foundation?

The origins lay in a project which was sponsored by the Dutch NGO; Farmacie Mondiaal foundation (FM). FM being the voluntary organisation from Dutch pharmacists which sponsors and facilitates pharmaceutical development projects in developing countries.

Upon a request for help by late 2011 from Rwanda (made by Rwandan pharmacist Jurdas Sezirahiga), through the FIP Pharmabridge coordinator Dr. Agathe Wehrli, FM sponsored an investigational visit to Rwanda.

The investigation was carried out in the beginning of 2012 by Richard van Slobbe, PharmD. and FM board member. Reports, and follow ups, can be found on www.farmaciemondiaal.nl

It was observed that the national level of ICT-support for public pharmacies was quite good in a way that the retail process was adequately automated. The locally developed software tool Ishyiga® from Algorithm Inc. made the following possible; stock control, administration, billing and electronic ordering. This tool had become a definite market leader very fast and was also used in some very big pharmacies in Burundi.

Upon talks with the CEO of Algorithm Inc. (Aimable Kimenyi), and explaining the Dutch ICT-structures and software concerning pharmacies and GP’s, it was concluded that the present stage could be a good fundament to built the next layer of software which should be specifically designed to support the pharmacist (and GP) in his/her professional role.

In order to make the Rwandan pharmaceutical professionals and other stakeholders enthusiastic about the idea it was decided that Algorithm Inc. and FM jointly would organise a symposium in Kigali.

So it happened that in the beginning of 2013 the symposium took place at the Serena Hotel in Kigali. FM had arranged, and sponsored, that 2 speakers from The Netherlands (Jan-Kees Huyts, MD, Director Health Base Foundation, and Chris Loonen, Senior Business Analyst from Pharmapartners BV) gave a presentation about the Dutch approach in primary health care ICT and the products and services that were developed the last decades.

The symposium was a big success (was even on national Rwandan television) and stakeholders asked the parties to proceed in the exploration of the possibilities. Then the process got a bit sluggisch and fundamental differences in point of view and business interests arose. These differences proved not to be overcome. The result was that a technical and process cooperation between Algorithm Inc. and the Dutch partners was not longer viable.

Due to the idea that the professionals (and other stakeholders) were enthusiastic and the possibilities for seriously enhancing medication safety and efficiency in the pharmaceutical services area, in a rational, cost efficient and technological feasible way, was not only an issue in Rwanda but in many more (even developed) countries, FM decided that other routes had to be explored.

By the end of 2013 an extra, voluntary, team member was found in the person of Dutchman Bart Koppers, PharmD. Besides being a pharmacist he has a strong interest in health care ICT related matters. Both Bart and Richard were passionately convinced that there is a need abroad for ICT tools that can augment medication safety strongly (besides other positive effects throughout the pharmaceutical services chain).

During the beginning of 2014 plans and concepts were made and discussed with individuals, focus groups and potential business partners. On the symposium on behalf of the 30 year anniversary of FM, on the 3rd of June 2014, a presentation about the developed concept was given.

One of the individuals with whom the concept had been discussed was Dutchman Erik ten Hoff M.Sc. Although not trained and active in the medical field, Erik felt himself strongly connected to the theme. He decided to voluntarily team up with Bart and Richard and bring in his expertise as an internationally operating business developer, CEO and advisor. So, by the midst of 2014 the project team was ready and started making new plans, having discussions and rethinking and rewriting the existing concepts etc.

As Rwanda was the start of all of it, and also more detailed on site investigations with local officials and professionals were needed, FM granted a sponsoring to the team for a new visit to Rwanda.

By the end of 2014 the ‘Global Initiative on Medication Safety foundation’ was officially born. Shortly after that Bart had to conclude that his other responsibilities could time wise not be aligned with GIMS activities. So Erik and Richard marched on themselves.

During the following months insights developed further. For example the scope became less focussed on mainly ICT and more abstract in a way that the whole of the medical chain, regulatory bodies and policy making institutions together with culture and technological possibilities had to be taken into account. Also the fact that awareness and practical situations can differ sharply between countries made it clear that there cannot be an ‘one size fits all’ approach.

In order to get more ‘scientific facts and figures’ co-operation was sought and found with the School of Pharmacy of University Utrecht, The Netherlands. This resulted in two BSc-students who have performed their Bachelor Thesis in Q2 of 2015.

By May 2015 the website etc. became operational. As there now was a clear and coherent ‘story’ to tell, GIMS-Ambassadors (professionals who want to share their enthousiasm about the topic and it’s goals) were looked for.

In April 2016 a MSc-student (Ms. Aradhana Kohli from Utrecht University) will conduct her research project at GIMS. The goal being: creating an international usable research format concerning Medication Safety profiling (e.g. all the actors, factors and critical dynamics) of a country.